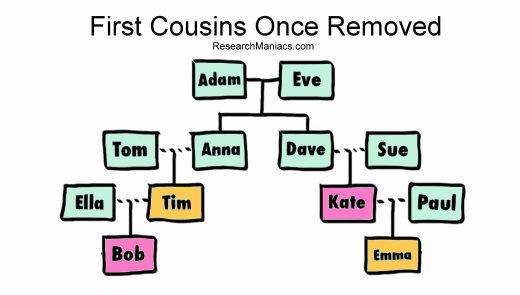 Explain the genealogical phrase “once removed” as it relates to family relationships.