The American Psychological Association (APA) has developed a standardized way of citing resources used in academic research. While APA is a professional association for psychologists, APA formatting is regularly used in many different subject areas. Traditionally, APA formatting has been used for academic papers written in the subject areas of Psychology, Education, Criminology, and other social sciences. It is important to check with instructors to see which formatting style they prefer.

Publication Manual of the American Psychological Association is available at all Vance-Granville Community College library locations in the Reference section. The call number is BF 76.7 .P83 2010.

More information about APA Style can be found at http://www.apastyle.org/.

These websites can help you understand how to use APA Style effectively.

Need help building your Works Cited list? Use these online tools to help. Always remember to check your citations against your style guide.

The author's last name and the work's date of publication must always appear & are all that is necessary when citing an idea, an entire book, article or other work.

The page number appears only if it is a direct quotation.

You may summarize or paraphrase the original words, thought, or idea but credit must be given to the source.

If you include the author's name(s) in the sentence, only the year is needed in the parenthetical reference.

When you incorporate a direct quotation into a sentence, you must cite the author's last name, the year of publication, and the page number. Fit quotations within your sentences:

If the quote you are using is longer than 40 words set it off from your text with a free standing block. No quotation marks needed.

They entirely refused to have it in bed with them, or even in their room, and I had no more sense, so, I put it on the landing of the stairs, hoping it would be gone on the morrow. By chance, or else attracted by hearing his voice, it crept to Mr. Earnshaw's door, and there he found it on quitting his chamber. Inquiries were made as to how it got there; I was obliged to confess, and in recompense for my cowardice and inhumanity was sent out of the house. (Bronte, 2009, p. 83) 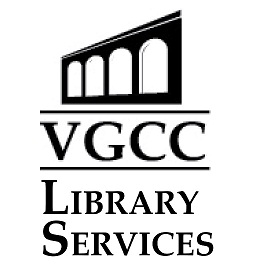